My sincere thank you, with all my heart for your kindness and compassion concerning my girl, Coco. Without your help, her surgery may have been delayed much longer, and could have put her in harms way.

Matt and Jamie co-founded the Shamrock Animal Fund after witnessing many pet owners make difficult decisions about the care for their animals based more on the cost rather than on the option that would bring the best result.

Matt is an award wi​nning television news anchor and reporter at WSTM-TV/CNYCentral in Syracuse.

Jamie has spent her professional and volunteer career helping others.  She is the president of the Shamrock Animal Fund and the heart and soul of the organization.

They both volunteer countless hours in support of all functions of the Fund. 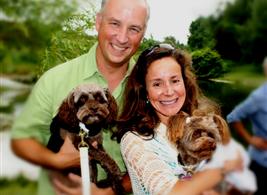 HOW IT ALL BEGAN

Our dog Shamrock passed away on January 9, 2010.  Shamrock had the luck of the Irish.  He lived a wonderful life and would have celebrated his 19th birthday on March 17th, St. Patrick's Day.

Sadly, many animals in our community do not share Shamrock's long and  healthy life due to their owners inability to afford veterinary care that can be costly.

Shamrock inspired us to start the Shamrock Animal Fund, a 501c3 not-for-profit fund that helps pay for veterinary care for animals in need that have owners with financial limitations who reside in Syracuse and Central New York.

Since the January of 2010 inception of the Shamrock Animal Fund, it has helped pay for the care of  more than 250 of dogs and cats (and other pets) in the greater Central New York area.  We have worked with nearly 40 veterinary hospitals and clinics across nine counties.

In addition to paying for the care for animals the Shamrock Animal Fund has been a resource for distressed animal owners in need of advice and advocacy.  The animal owners are referred to the fund by veterinarians, animal shelters or through self-referral via e-mail, Facebook or phone.

The Syracuse Healthy Pet Clinics are also organized by the Shamrock Animal Fund with the assistance of volunteers from other animal helping agencies.  The Clinics are staffed by volunteer veterinarians from Central New York practices and students and staff from the Cornell University Veterinary College Emergency Shelter program.

The Shamrock Animal Fund is a public charity supported by donors who primarily stretch across a ten county Central New York region, but contributions also come from states other than New York.  More Shamrock stories.

You guys are awesome, and so helpful to those in need.

Shamrock Animal Fund, thank you so much for all you do for animals in Syracuse.  You were most gracious in helping me. 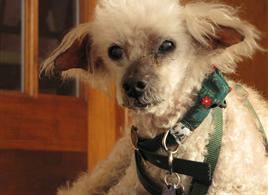 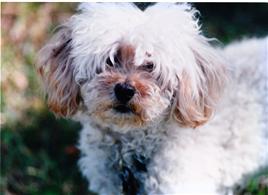 inspiration for THE FUND